After some intensive tasting of Loire wines over the past few weeks, it is time now to reflect.

First up: we are now awaiting the decision of the Conseil d’Etat on the Baumards’  legal challenge to the 2011 Quarts de Chaume Décret that set up the Loire’s first Grand Cru and banned cryoselection/cryoextraction, although under transitional arrangements the practice is permitted until after the 2019 vintage providing other conditions in the décret are met.

I understand that a commission was set up to consider the Baumards’ challenge and spent several months looking into the various aspects of their challenge. On the afternoon of Wednesday 29th January the commission reported their findings to the Conseil d’Etat, spending around 45 minutes before the judges. The judges will now consider their recommendations with a decision expected within a month from the hearing. I hope the Conseil d’Etat will uphold the 2011 Décret and reject the Baumards’ challenge.

Despite the difficulties of the 2013 vintage the vast majority of the wines I have tasted should give considerable pleasure, although it is still early days with few of the wines bottled. Acidity levels are high but for the most part balanced by fruit, although a few of the whites do have rasping acidity. This may soften with further time on the lees. The reds have juicy fruit, providing the grapes were picked reasonably ripe with a short cuvaison. Probably 2013 will be largely a vintage for early drinking, especially the reds. Given the acidity the whites may well keep well. But early days ….

Although this may be seen as a positive spin on a difficult vintage, it is not a complete surprise. Tasting the juice from the Pays Nantais to Pouilly during the harvest it was almost invariably clean without any trace of rot despite the prevalence of rot in the vineyards. A very different situation from 2011 when there was acid rot. I’m told that the lack of rotten flavours was down to rot only appearing when the grapes became ripe meaning that if they were picked rapidly there wasn’t time for rotten flavours to develop. Certainly I tasted plenty of rot-affected grapes in vineyards throughout the Loire and they didn’t taste rotten.

As ever my tasting has been selective – a tri – choosing vignerons, who make good wine. I have no doubt that given the conditions of 2013, especially the slow and late ripening allied with the threat of rot that there are some real horrors lurking out there. In some cases the full horror may well have been alleviated by the use of thermo-vinification. Some domaines will have used a concentrator, although as John Salvi MW remarked the use of such methods in Bordeaux in 2013 only concentrated the rot.

The autumn weather in Anjou was a little kinder than it was in 2012, so a little more sweet wine has been made this year, although certainly not at the quality of 2010 and 2011.

Concern is growing over the mild, wet weather this winter. Apart from a brief period of cold in late November, there hasn’t been a sustained spell of cold weather, so useful for killing off diseases, mildew spores etc. Furthermore if the mild weather continues then bud break will be early bringing with it the attendant danger over a long period (at least to the end of April) of a severe frost. Another frost like that of April 16th/17th 2012 could be catastrophic for the Loire and almost certainly push a number of domaines over the edge and into bankruptcy. There will be producers in severe financial straits following the short vintages of 2011 and 2012 who are clinging on in the hope that yields in 2014 will be normal.

While it would be good to have a fine quality vintage this year, it is much more crucial that conditions in 2014 give reasonable yields. A big, dilute vintage like 1992 would, however, do no one any favours.

David Cobbold kindly arranged a blind tasting of the Muscadet crus communaux for the members of Les 5 at the Salon. The crus communaux are aged on their lees for a minimum of 18 months for Le Pallet and longer for Clisson and Gorges.

The idea was to taste the three crus – Clisson, Le Pallet and Gorges – that have been accepted by the INAO and to see whether it was possible to pick out the influence of the soils on the wines of these three communes. Unfortunately there was a misunderstanding – instead of wines from the three communes we were faced with wines from nine communes as there are six now awaiting recognition. Quite how the organisers thought we could isolate differences from nine communes I’m not sure – they must have believed we were all ‘super-tasters’!

Clearly I don’t have a preference for any particular cru, although I do prefer the more mature vintages – we only tasted two from 2007 and one from 2005. Unfortunately a few of the wines were faulty, which I guess indicates that there are risks involved in long lees ageing.

I’m pleased to report on wood calming at Domaine Philippe Alliet. I tasted with Pierre, Philippe and Claude’s son who told me that the 2012 vintage was the first one where only 500-litre barrels in place of the previously customary barriques. Certainly their 2012s showed very well with good integrated tannins. In contrast the tannins on the 2011 Coteaux de Noiré were rather dry. This may be just down to vintage difference and the stages the wines are in and too early and too small a sample but the move to 500 litre barrels looks to be a sensible one.

I tasted a number of promising 2013 Vouvrays – I’m aware I may be overusing ‘promising’ but these wines have yet to be bottled and their élèvage is not yet finished. Furthermore the late harvest means that their development is a month or more behind that of an early vintage like 2011. Among the producers I tasted with were Bernard Fouquet (Domaine des Aubuisières) – especially the 2013 Les Giraudières, and Alexandre Monmousseau (Château Gaudrelle) – the Turonien and Le Sec.

After tasting Alexandre’s wines we talked about the importance of wine tourism. Château Gaudrelle’s current premises are on the main road from Tours through to Vouvray. They are the first cellar you come to after coming off the A10 autoroute. When Alexandre was based at Château Gaudrelle on the northern outskirts of Vouvray they used to get some 200 visitors a year. Now they welcome 8000!

One consequence of the hailstorm that hit Vouvray on 17th June 2013 was the absence of François Pinon, one of the appellation’s best growers and a Salon regular. But with very little wine to sell he came this year as a visitor. 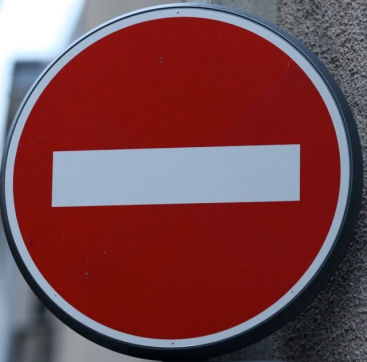 Next a brief comment on Domaine Huet. On the first day of the Salon I was told, when I arrived at their stand to taste the 2013s, by Sarah Hwang, president of Société Huet, that I would not be allowed to taste their wines. Nor would she give me any information on what wines the domaine had made in 2013. I was told, among other things, that I had been disrespectful to the Domaine Huet team and that I had twisted her words. Having reviewed what I have written on the domaine since the news of Noël Pinguet’s departure broke in February 2013, I believe she is mistaken. I stand by what I have written. Chris Kissack was similarly banned from tasting Domaine Huet.

Hwang also said that the domaine was more than Noël Pinguet or Gaston Huet and that it is a team of people. Although this is obviously true and the Hwangs are fortunate to have the hugely experienced Jean-Bernard Berthomé, the person or people heading up any organisation has a very substantial influence for good or ill. It was Anthony Hwang, Sarah’s always courteous and gracious father, who told me following the difficult 2007 vintage that « Noël is a magician ».

I may return to this ban at a later date but for the moment I prefer to spend my time reporting on more positive things such as a new producer in Bourgueil: 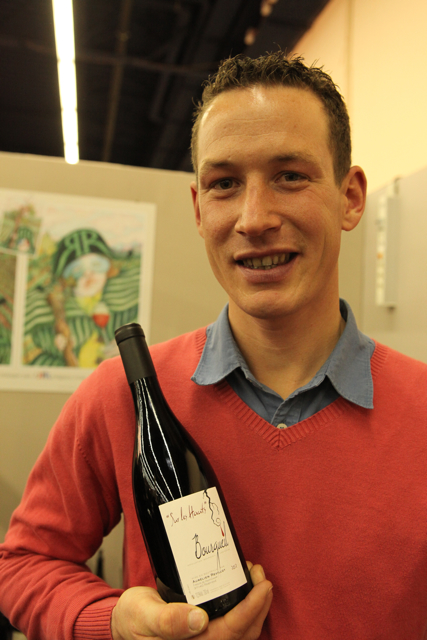 Aurélien Revillot has a weekday job with Pierre, Stéphanie and Emmanuel Caslot at the Domaine de la Chevalerie in Restigné (AC Bourgueil). Outside these hours he has 2.3 hectares of vines also in AC Bourgueil. Aurélien’s first vintage was in 2012 and he has just released his first wine. I tasted his Sur Les Hauts, which had an attractive ripe nose and sweet, softly textured fruit. Sur Les Hauts comes from vines planted on clay/limestone. He has one other cuvée but that is still in barrel.

A promising start and I fancy we will hear more of Aurélien Revillot in the future, especially as he comes from the Caslot stable!

Anyone looking for delicious and juicy reds from 2013 should head upstream to the Côte Roannaise and the Côtes de Forez. During Millésime Bio I tasted some very attractive 2013s from Domaine de Madone and this very favourable impression was reinforced when tasting the 2013s from Domaine Robert Sérol. This part of the Upper Loire fortunately had a much drier autumn than the rest of the valley.  I shall be visiting these vineyards in mid-March and am greatly looking forward to this trip. 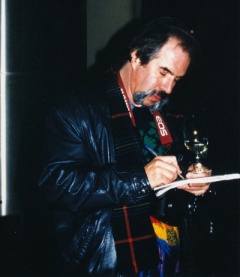