So what comes to your mind when you think of Switzerland? Mountains and ski-resorts, watches, cows, cheese, chocolate, banks maybe? Some or all of these for sure, but probably not wine. Not surprising, since you’ll have to hunt hard to find a bottle outside of this smallish but generally well-heeled and peace-loving country (less than 9 million inhabitants) situated in the middle of Europe. Why? Well the Swiss are the 4th largest wine drinkers in the world per capita, and they have to import 65% of the wine they drink. So, quite logically, there is not much of their own stuff available for export markets: just between 1 and 2% of what is produced from the 15,000 hectares of vines in this federal nation. 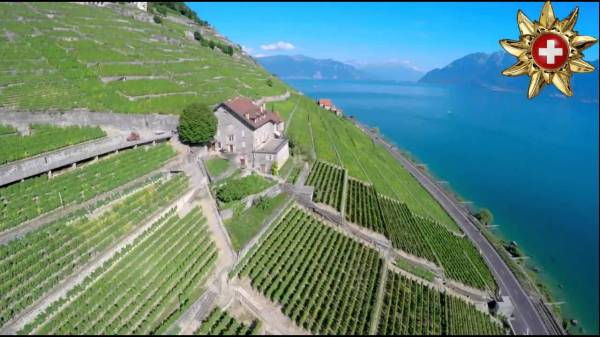 The vineyards of Lavaux, on the north side of the Lake of Geneva, are a Unesco Heritage site

I spent a few days in Switzerland recently as one of many judges in a major international wine competition, the Concours Mondial de Bruxelles. This excellent  and well managed competition, as its name does NOT indicate, takes place in a different wine country and region each year. After motorbiking down there from Paris and apart from carrying out my duties over three successive mornings as a judge in the middle of a bicycle track, (which was actually a great venue for the event, and Jim would have been itching to have a go around the wooden banking – you can get a glimpse of it here in this short film on made on the event, or in the photo below left) this was a good opportunity to take a look at Swiss wines, thanks to organised visits, conferences, and some excellently informative documents that were provided by our hosts.

I know that figures can be boring but I think that in this case it is useful to get an idea of the scale of things in the Swiss wine world. 61% of the country is covered by mountains, and there are also a considerable number of large lakes, so, given that the Swiss also produce food, have cities and roads and stuff, there isn’t that much land available for vines. There are currently just 15,000 hectares of these, or a bit more that the total vineyards of Alsace. These vineyards lie mostly in the French-speaking parts if this tri-lingual country: 11,000 hectares to be precise, with the three main wine cantons (cantons are Swiss admistrative zones, together forming a federation) being Valais, Vaud and Geneva. 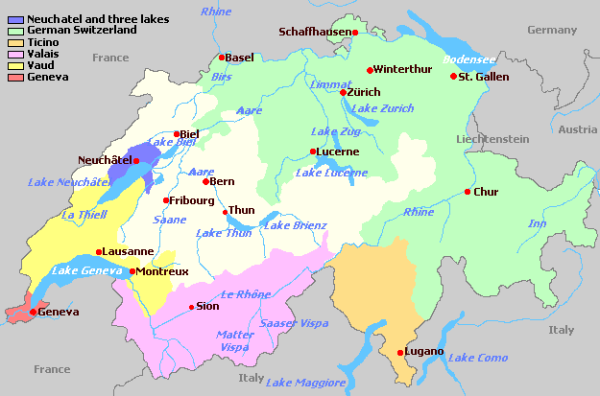 To make viticulture possible other than in the plains that are former glaciers, the Swiss vignerons have, over the centuries, built over 3,000 kilometres of dry stone walls to retain some soil at the bases of several mountains and steep hills. They can thus boast some of the steeepest  and most spectacularvineyards in the world, alongside those of the Mosel or the Douro, for instance. Viticulture here goes back to the period of the Roman empire and there are quite a few unusual and even unique grape varieties gwon here, alongside the often dominant French ones such as Pinot Noir, Gamay and Merlot for red wines. The three aforementioned varieties  are the most popular reds which account for around 60% of total wine production. For white wines, Chasselas, which was in all likelihood born in Switzerland, is by far the most planted variety. Alongside these there are relatively small plantings (and sometimes even microscopic), of a series of grape varietaies that are practically unheard of outside of Switzerland, some of which seem to have very good potentiel judging by what I tasted. Petite Arvine (see photo below) and Amigne for white wines, Humagne and Cornalin for reds are just four examples of these. There are also several modern crossings developed locally, such as Gamaret and Garonoir, for instance. More of that next week. 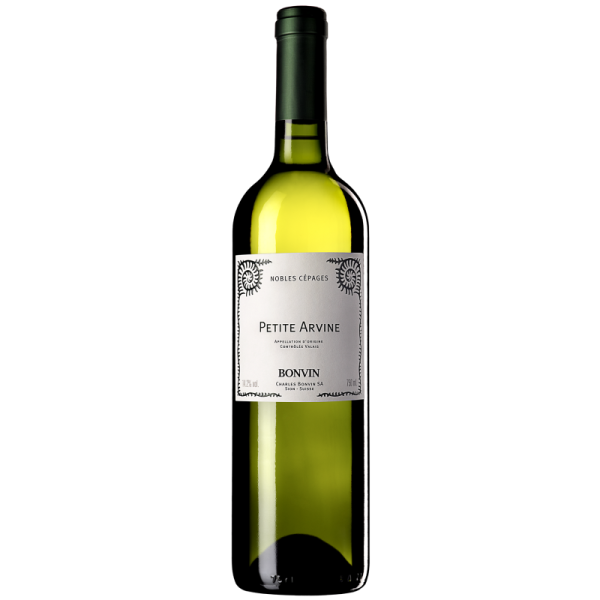 It should be remembered that this country is tri-lingual and therefore with mixed cultures and this holds good as much for wine as for the rest. If most of the wine-producing regions lie in the French-speaking part of Switzerland, there is a considerable part that is German-speaking and where one finds also Riesling, Muller-Thurgau and Reichensteiner, as well as some excellent Pinot Noir aka Blauburgunder. The southern part that reaches down to Lake Maggiore is italian speaking and here Merlot rules, with quite a lot of it (about 25%) curiously vinified as a white wine.

Climate is globally cool but with many lakes (Leman, aka lake of Geneva, Neuchatel, Zurich, Lugano et Constance for example), rivers (both the Rhône and the Rhine have their sources in Switzerland) play a moderating or warming influence, not to mention winds, mountains and so on. In other words, meso-climate and exposition of the vineyard are all-important. Altitude also, to a point, but there are not that many truly alpine vineyards here, even if one can find some going up to and even above 1,000 meters.

Finally, in this introduction that will be continued next week, most grape growers are small-holders as the average vineyards size is just 0,30 of an hectare, which is even smaller than Burgundy for example! In fact only 4% of Swiss vinegrowers own more that 3 hectares, so most take their grapes to cooperatives of sell them to larger producers. For those who are interested in that sort of thing, and despite the fact that Switzerland is a remarkable clean country, only 4% of the Swiss vineyard is certified organic.

Just back from a weekend at the French motorcycle Grand Prix at Le Mans, won by the inevitable Marc Marquez who seem unbeatable unless by himself. Ducatis took 2nd, 3rd and 4th places, so I am reasonably happy, even after a ride back in the rain, but I just don’t feel up to writing more this evening. 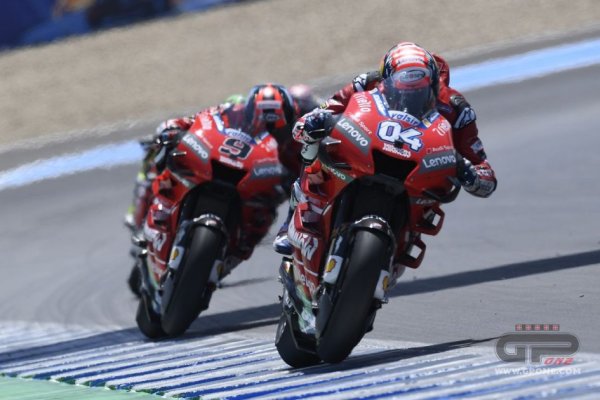 Une réflexion sur “Swiss wine: not all mountains but all drunk in Switzerland”