What has reminded me of this pithy and often pertinent remark that was used several times by Mark Twain (above), who himself wrongly attributed it to Benjamin Disraeli, the British Prime Minister (on this question of attribution I can only refer you to the article in Wikipedia on the topic), has been the curiously uncritical and sheep-like reactions on the part of some so-called journalists to a meta-study recently published in the scientific/medical review The Lancet. This collation, which put together sources from 694 different sources and studies conducted between 1990 and 2016 in 195 different countries, was published on August 24th this year and concerned the medical risks incurred by the consumption of alcohol. It was initially put together by the Institute for Health Metrics and Evaluation of the University de Washington. 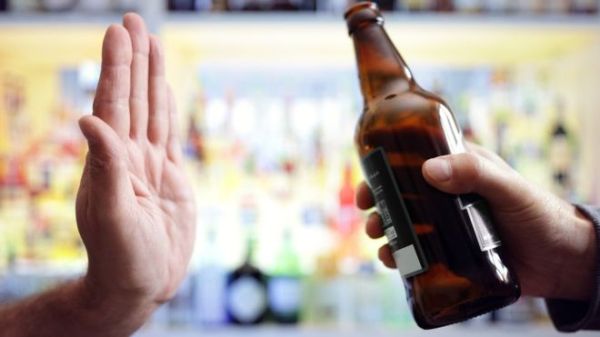 Interestingly the British reporting on this publication illustrated it with a bottle of beer, whereas the French always seem to assimilate alcoholic beverages entirely with wine! As for spirits…..

In France, a number of unscrupulous and unprofessional journalists (including one from the supposedly « serious » daily paper Le Monde) contented themselves with simply relaying what the French Health Ministry hastened to published on the subject, prompted surely by the anti-alcohol lobby that seems to hold sway in this ministry. These scribes apparently did not bother to actually read the meta-study, even less to take a closer look at the results and the procedures used to obtain them.

I later read a far more thorough analysis of these results that were relayed on the Huffington Post and which was produced by a Belgian university professor named Fabrizio Bucella, who holds a doctorate in science. I think that these are worth relating in a condensed version of my own with a few added comments, but which owes most everything to him.

The French press presented this collation of very different studies in the following manner :

Taking the first point, the conclusion drawn by these useless commentators is that, to avoid all risk one should never consume any alcohol at all! The problem with this particular conclusion is that when one reads the study and the elements that underscore it one discovers that, within the sample of 100,000 people studied who never drink any alcoholic beverage, 914 actually did develop one of the 23 pathologies ascribed to alcohol! In other words, there is no such thing as a zero risk.

As to those who consume, on average, one glass par day, the figures actually show that, out of the studied group of 100,000 people, 918 developed one of the said pathologies. Thus we have an increase of 4 persons out of a total of 100,000, which actually produces a percentage increase of just 0,004%. If one makes the calculation on the basis of the 914 abstinents who also developed a pathology, the percentage increase comes to 0,44% (and not 0,5%). In statistical terms these figures reflect the difference between absolute and relative risk, and, in either case the figure is without any statistical significance.

Now we come to the second point which concerns those who respect the World Health Organizantion recommendations, at least for a woman (which are 2 units of alcohol per day, and one day of abstinence par week). These people are considered to incur a 7% increase in the probability of their developing one of these 23 pathologies when compared to those who never drink (I would be interested to know what all these pathologies are by the way, and what levels of danger to one’s health each of them represents). In this case, out of your group of 100,000, 977 developed one of the pathologies, which produces the figure of a relative risk increase of 6,5% (and not 7%). In absolute terms however this risk comes down to just 1%. This is the real level of risk involved, at least on the basis of the figures produced for this particular meta-study.

The most spectacular figure produced by the statistical aces who reported on this published study is of course that of a 37% increase in the risk factor attributed to those who consume 5 glasses per day. The study says that, out of the group of 100,000 who consume 5 glasses per day, 1252 developed one of the diseases. The figure of 37% is produced by dividing 338 (the difference between 1252 and 914) by 914 and converting this into a percentage, this time quite accurately. But, by the same approach as for the other cases, one can measure the absolute risk for this category at 1,25% (1252 divided by 100,000).

As Bucella clearly points out, one should be looking at absolute risks and not just at relative ones. The teetotal group already have a 0.9% chance of developing one of these diseases, despite the fact that they never touch any alcohol. Those who drink 2 glasses per day increase their risk rate to 1%, and those who drink 5 glasses to one of 1,25%. There is no such thing as a zero risk behaviour. With such clear figures, everyone can make their own decision as to their consumption without being terrified by false interpretations that pander to a powerful anti-alcohol lobby here in France.

Bucella creates another example to make his point even clearer. The population of inner Paris is 2,200,000. If none of these people drank any alcohol at all, not only would all wines stores, wholesalers and many restaurants go out of business (this is my own conclusion), but 20,108 of that population would in any event develop one of the 23 pathologies that are connectable to ethanol. If all the inhabitants of Paris consumed one glass per day, 20,196 of them would develop one of the diseases. Therefore, if one does not want to be one of the 88 extra people (out of 2,200,000) to have such a problem, one might elect to not consume any alcohol at all. But one would still run the risk of being one of the 20,108 abstinents who get one of these pathologies anyway.

Life is a mortal disease from and the risk of dying can reliably be estimated at 100%. Should we therefore all stop living? Let’s just enjoy ourselves reasonably and stop this nonsense please!